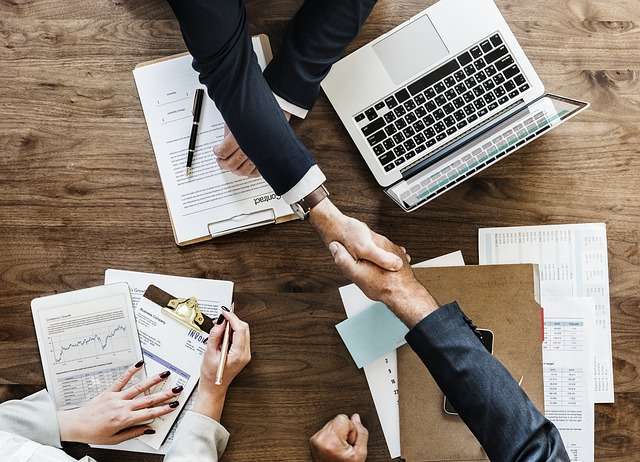 Our vision is to transform sales teams by completely disrupting selling and the traditional sales training space with the New Model of Selling.

Our mission is to generate significant and sustainable increases in your business' performance, sales and revenue. Previous performance, on the personal and corporate level, demonstrates how possible this really is. 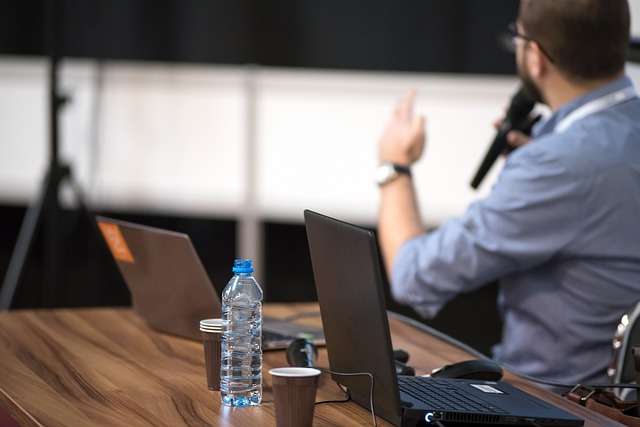 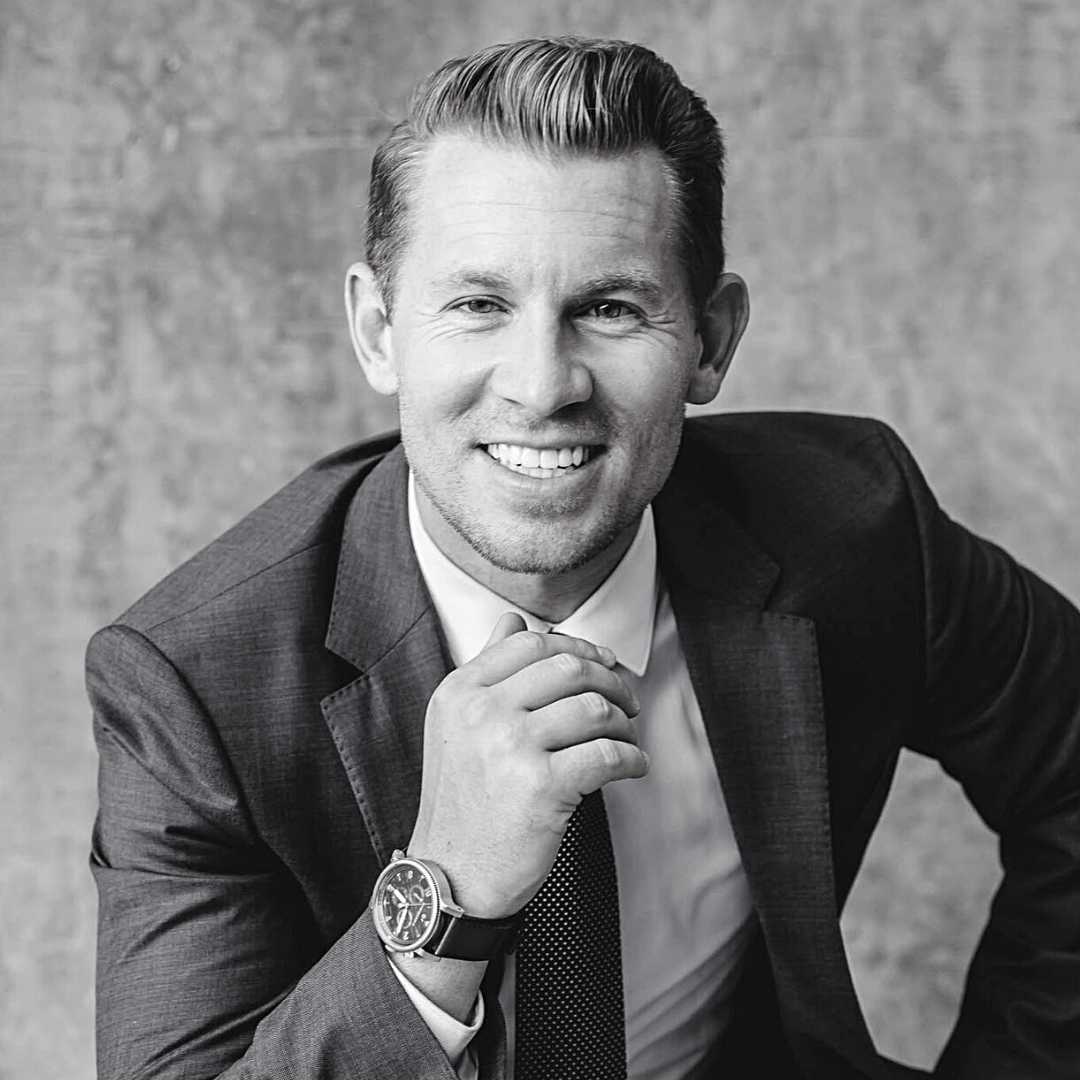 Jeremy Miner is the pioneer of NEPQ, a science-based approach to sales that has completely changed the game for over 200,000 salespeople worldwide.

In the last two years, Jeremy has received over 2,300 unsolicited testimonials from individuals and businesses reporting radical improvements to their sales and metrics since implementing NEPQ.

In respect of his own selling career, Jeremy is one of only three active sales trainers on the planet with individual earnings as a salesperson, of over seven figures annually.

Jeremy received 47 sales awards over his 12 year sales career, citing being ranked the #45th top earner globally out of 80 million active salespeople by the Direct Selling Association, as the accolade most meaningful to him.

Jeremy has helped companies across different industries equip their sales teams with the right skills – and achieve exponentially better results.

➧  Google Adwords: Jeremy facilitated a 244% increase in revenue for 3 divisions of Google Adwords in just 90 days (Their incumbent, a renowned sales training group, was achieving a 2-5% improvement annually when Google engaged Jeremy to see if he might lift this figure to 10%)

➧  Kia Motors Canada: Jeremy commenced training Kia Motors’ sales force about four weeks prior to Covid.  One month out from dealerships closing due to Covid lockdowns – their sales were up by over 60%

➧  Wealth Masters International:  Jeremy engineered a 625% increase in revenue, taking them from $12m to $75M in 36 months.

➧  Pinnacle Security: Jeremy played a key role in securing them a place on the INC 500 list of fastest growing companies 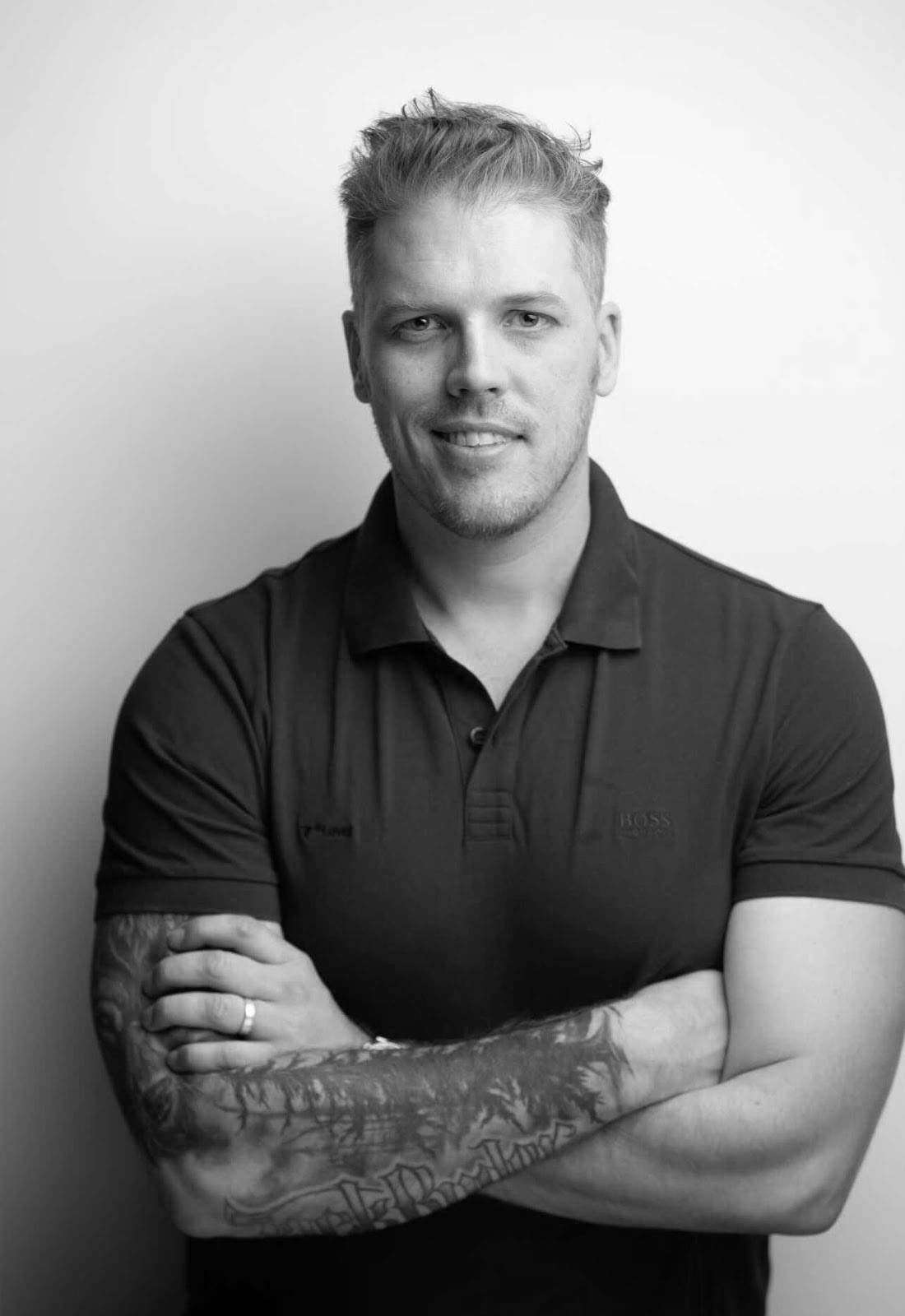 An ex-special forces serviceman, Matt is no stranger to high performance.  It also explains why he went on to start and grow a string of fitness centers before ‘relaxing’ into sales full-time.

As a business owner Matt quickly came to understand how essential selling and persuasion are to helping people get out of their own way and achieve what it is they really want.

Within three months of entering the world of high-ticket sales, Matt was clearing $25K a month in straight commissions using his own personal style of selling;

Beyond his keen and astute abilities as a business leader, Matt has also achieved the rare feat of earning seven figures in pure sales commission a year – representing close to $1M / month in contract value. 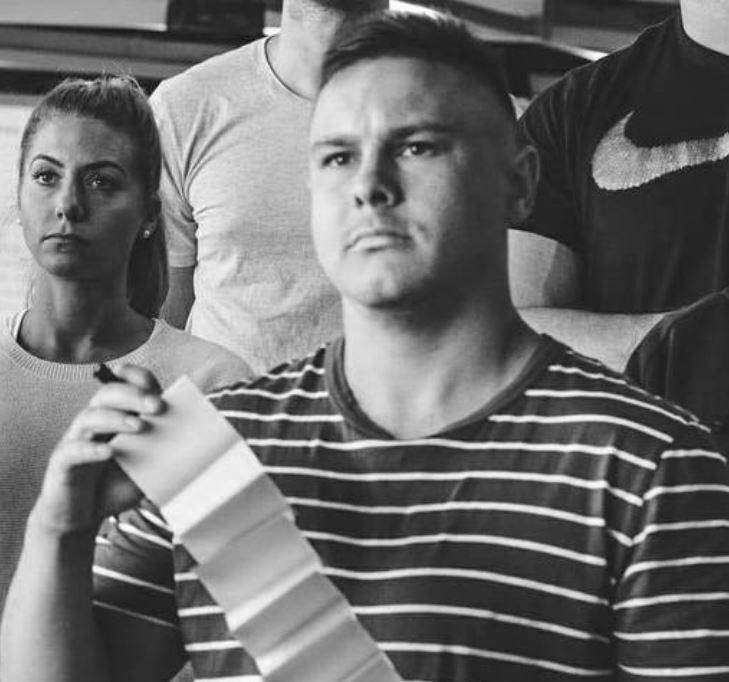 James is an ex-performance coach for elite athletes – and he too can sell!

Over the course of selling and enrolling thousands of people into gym memberships, James developed somewhat of a superpower for creating and codifying systems for success and igniting vision, core values – and high personal standards in others.

At 7th Level James applies high-level strategy to developing robust internal systems in support of our vision to dynamically impact the sales industry with positive and principled change. 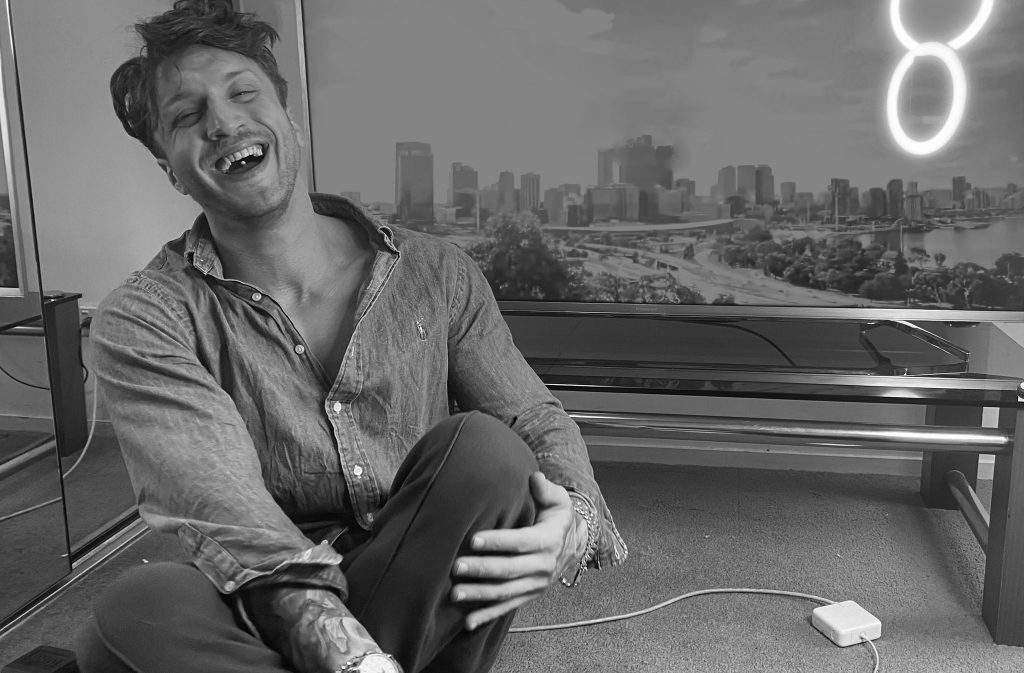 Having started out selling internet services door-to-door at age fifteen, Marco went on to develop his sales experience across many different industries.

From the outset Marco invested in skill-development, seeking out every sales modality from “feel felt found” to high-pressure styles that simply ‘got the job done’ – when finally he arrived at NEPQ.

His relentless commitment to remain in the top 1% of salespeople globally – has the dual purpose of leading and inspiring others to commit to doing what it takes to consistently improve on their own personal best. 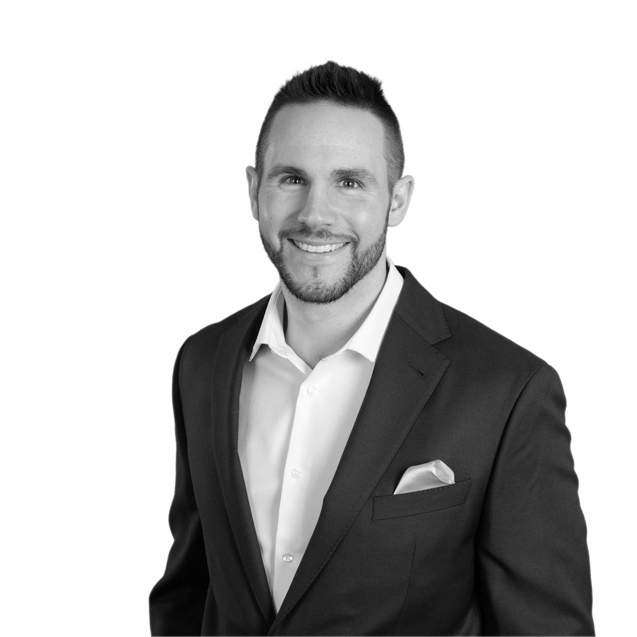 William Odhams is somewhat of a master when it comes to pushing past limits.

A former competitive athlete, firefighter and now an elite-level sales leader; Will is able to diagnose exactly what’s needed to get any student on a growth curve and vastly accelerate their results.

Will transforms our students from struggling to well beyond a 30% close rate, and by diversifying their skillset with NEPQ; these results are routinely elevated to 60% or more. 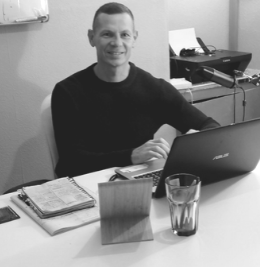 After leaving military service in 2012, Jimmy ran his own successful fitness facility before moving into sales management full time.

Preceding his experience in the training and educational products industry, Jeremy was Regional Sales Manager and the top salesperson at Vivint, a supplier of home security services. He expanded the sales force, developed the sales training materials, and increased the company's annual revenue tenfold to $100M in two years. At Pinnacle Security almost 20 years ago, Jeremy started his sales career selling home security products door-to-door. Here he had his initial epiphany about conventional sales approaches and subsequently adapted his methods. His new methods earned him $100,000 during a summer break from college and the Vice President of Sales job two years later, during which he played a key part in the company being named to the Inc. 500 list of fastest-growing companies. Jeremy studied behavioral and organizational science at Utah Valley University, which was to play a foundational role in the career-long development of his Neuro-Emotional Persuasion Questioning sales methodology.

Mary Beth is an accomplished sales leader with over 27 years of experience in various vertical industries. She has a dual background in sales leadership and organizational development, including over 10 years leading sales training and process design teams. Ms. Burke joined 7th Level Communication, in December of 2018, serving as COO. In her leadership role, Mary Beth has delivered exceptional personalized customer experience and developed plans and strategies for achieving sales goals to programs in the Americas, Europe, and the Asia-Pacific region. As winner of the 2013 Excellence in Execution Award, given by the American Association of Inside Sales Professionals (AA-ISP), Ms. Burke continues to demonstrate her commitment to both her clients and her sales teams. Prior to joining 7th Level Communications, Mary Beth served as Vice President, Global Sales Delivery, for TTEC’s sales outsourcing division. In her 10 years with TTEC, she served as Director, Sr. Director and Vice President (for the last six years) for new proof of concept programs as well as TTEC’s fastest growing technology client, Google. Mary Beth was the Director of Sales at Arete Sleep Health, and Regional Director of Sales for both Sprint and Verizon, prior to joining TTEC.

With over 15 years sales experience, Brady McCarty has been a a top performing individual contributor and sales leader.  As a top sales leader in the home services industry, Brady drove year-over-year top-line revenue growth in excess of $10M.

Brady has always displayed a fierce passion for sales, he has spent years focusing on different techniques to increase sales for both himself and his sales teams. He was 12 years into his sales career when he was introduced to 7th Level Communications training.  Like so many, he was drawn to the online training and became one of 7th Level Communications individual sales clients.  He completed all of the training and then set out to put the sales methodology to work.  He and his team were increasing their sales and exceeding their plans month-over-month and to this day, continue to thrive as a result of the training.

Brady came to realize that he was most fulfilled when he was helping his sales representatives learn the 7th Level methodology and grow their results.  He joined 7th Level Communications in 2017, selling and training his individual clients.  He has proven to be an invaluable resource with in-depth knowledge of the sales methodology and training process.

Brady will serve as our Director of Training here at 7th Level Communications, working to ensure that others have the same results and experiences he did.  He will be responsible for the customer experience and training quality ensuring our clients are maximizing the benefits of the training platform and sales methodologies.  Additionally, Brady will help us to ensure our training delivery and content maintain relevancy and continue to improve and deliver what today’s sales representatives need to be at the top of their game.

It's time to see what we can do for you

See How We Can Improve Your Company By Double Digits